To preface, this method is as of January 2020. Things might change, as they usually do, but I like this method.

I’ve been organizing an outline for the third novel I’m working on, and I wanted to share my method of building it. I’m borrowing concepts from the “Snowflake Method” and “Scene & Sequel” but changed it to fit my preferences. So, here it goes--

Step 1: List out all the possible endings and/or climaxes of your story

There are well known writers who start with an ending in mind: JK Rowling, John Irving and Stephen King to name a few. Having a possible ending will help you form the structure of your story.

But instead of a single ending or climax, I advise to have multiple ones. This will give you options on what the story can be. For example:

Step 2: Write down the Final Act of the story in the form of a question

With the possible ending and/or climax in mind, write down the final act in a form of a question. This question should be close-ended, which means it can only be answered with a yes or no. But don't write down the answer just yet. That will come later.

Another example, in the ending climax of *Sirens of Titan*, it is revealed that Salo has been manipulating the humans all the time to get a certain space part so he can repair their ship. The final act question could then be formed as “Will Salo return to Trafalmadore?”

Once you commit to an ending or climax, then proceed to the next step.

Step 3: Write down the First Act of the story in the form of a question

Now that we have the final act down, write down the first act in a form of a close-ended question. This question is the “hook” for your readers, the question that gets them intrigued and curious. For *Lolita*, it was “Will Humbert ‘get’ Lo?”. And for *Sirens of Titan*, it was “Will Mal escape Rumfoord’s prophecy?”

The first act question will be answered at the final scene or sequence. This scene will be the first plot point of your story. When the act is resolved, it must complicate things for the character. In *Sirens of Titan*, the answer is NO as Mal is abducted by Martians which is part of the prophecy. In *Lolita*, the answer is YES as Humbert ‘gets’ Lolita, but Lolita becomes hostile towards H. But don't write down the answer yet since there’s more opportunity to do so later.

As the first act is resolved, then the next act explores the complication and consequence of the outcome...

Step 4: Write down the Middle Act or Acts of the story in the form of a question

With the first act’s resolution and complication, write down the middle act in a form of a close-ended question. In *Sirens of Titan*, things get complicated for Mal as his memories are wiped out and is renamed Unk. So, the question is “Will Unk remember who he really is?” In *Lolita*, Lolita is becoming more hostile and secretive towards Humbert. So, the question is “Will Humbert maintain a relationship with Lo?”

The middle act question is the bridge between the first act and final act. You can have a single middle act, so you’ll have a traditional 3 Act Structure. But you can have more than one if the story needs to.

There will be a lot of tinkering with the three act questions until you arrive at something you’re happy (and excited) with.

Step 5: For each act, write at least 10 scenes in the form of a question

Now that we have a solid 3 Act or Multi Act structure, write down the scenes for each acts. Each scene must try to answer the act questions until ultimately it does. The final scene answering the act is usually the plot point.

Here are the types of answers for an outcome question:
Sometimes an outcome scene can be answered with a simple “yes” or “no”, and the complication or consequence will manifest itself in the next scene. Rarely does the scene not resolve, but when it’s utilized, it’s in the form of a cliffhanger.

To increase tension and suspense, you can tease the scene with a number of “maybes” before resolving the scene. For example:
Next, we have dilemma questions. These are asked at crucial moments for the characters, and these sometimes mark the transition from one act to the next. You must ask two questions, and each question must have a complication or a dire consequence. With the example above, the dilemma questions are:
Whenever a choice is made, there must always be a potential loss. These moments test our character. If the consequences don’t have impact, then the scene won’t be compelling.

Your outline should look like this:
Step 6 (Optional): Add notes, details, commentary, etc. on each scene

This step is optional. For pantsers, you’d want to give yourself a lot of space to improvise on each scene, so this step does not concern you.

Here, you’ll basically make notes, add details, do commentary or whatever you want for each scene. The format should look like this:
Step Infinity: Maintain your story bible

A bit dramatic to call it “infinity”, but it’s somewhat apt. As you build your outline, there will be moments where you’ll get stuck. The reason you get stuck is because there are aspects in your story that needs to be fleshed out. These aspects could be characters, world building and plot holes. In these moments, you must switch to your story bible and flesh out those aspects to push your outline forward.

There are a lot of resources out there on what a bible is and how you format it, so I won’t go into detail.

So, the end result should look like this:
There you have it, folks! Hopefully this will help you with your story and help you find your process with regards to outlining. I believe it’s important to learn other writer’s process so that we can borrow, steal and remix theirs to match ours.

Click this to join my newsletter
Written by Jon Mayo at 12:15 PM No comments:

I've hit some creative snags along the way, and my foray in VR hasn't made things easy on the writing side of things. I wrote and finished a first draft for a novella. I gave it a month to simmer, and when I finally read it, I was dissatisfied. Although I was dissatisfied, it gave me insight on what was missing in my novel attempts.

What I was missing was Acts. On the novella, I only had one act, and the act didn't even finish properly. Now, I'm pre-writing a new novel with acts in mind.

In the same fashion on how I do my outlines, I set out to write out "Act Questions." It's similar to the Narrative Q&A, but the Act Questions aren't answered. This gives me some wiggle room on writing the outline. If this succeeds in me creating a full-blown novel, I'll write a blog/article on it. During the course of the months, my writing process has really evolved, so some of the entries I had made in the past seem obsolete. (That's another project I need to do: spring cleaning.)


I'm still writing, folks! It's just that my output has been greatly impeded by virtual realities.

Click this to join my newsletter
Written by Jon Mayo at 10:00 AM No comments:

Got my second short story featured on Anathema Magazine

I'm happy. Happy because I got a second short story published. The first time (which was on Wild Musette) I thought was luck, but with the second one, it feels like I'm doing something right (I hope).

It's good motivation to keep on doing this, but I think writing will never leave me. It is something that I have to do, so it won't stop.

Anyway, here's the link to my short story called "A House with a Home". The title was based on that song from Luther VanDross - A House is not a Home, which I didn't get to listen to until that episode in Glee with Kristin Chenowith.

You can also read up on other short stories in Anathema Magazine, which is awesome, by the way.

Click this to join my newsletter
Written by Jon Mayo at 12:22 PM No comments:

Still writing, but this time I'm writing my first draft with pen and paper. I feel that I get distracted so easily on the sentence level that I can't help but revise and delete and fix and agonize at them to get it right. I know that first draft should be shitty, but my brain just can't let it be.

So, I'm tricking my brain into writing by hand. It's working so far. 25 minutes in, and I've written about 400 words (and a percentage of that is crap, but workable).

Oh, I know that revision will be a bitch, but at least I'll have a completed story. You can't fix something if it doesn't exist, so they say.

I'm ambivalent with posting copywork content now. I copy four pages to keep it small and digestible, but it is too short for me, personally. There are moments where I want to copy the whole scene, so it would be eight pages long. And I am also wary of possible copyright strike if I do so. At this moment, I am putting a hold on posting copywork content.

Click this to join my newsletter
Written by Jon Mayo at 4:33 PM No comments:

Email ThisBlogThis!Share to TwitterShare to FacebookShare to Pinterest
Labels: Copywork

I've always been curious on how scenes were constructed and made memorable. Think of Vader's reveal that he is Luke's father, or think of Brad Pitt's character in Seven finding out that his wife is in the box. Scenes are not only made to be memorable, but they are used to sustain audience interest throughout the story

Still writing although a bit slow. I'm starting the third novel about "worlds" or "realities."

The month of May was dedicated to Virtual Reality, which is why there was a huge hole in the blog for that month. The Oculus Rift S came out on May 21, and I've been having a blast. My gaming time has toned down a bit, but at least I have some sort of "escape" apart from the escapism afforded by novels.


Copywork exercise is back on track, and I am also drafting a post regarding scene questions, which I believe is the foundation of every scene in a story. We'll get into more details once I finish the draft.

That's what I have so far, but the writing continues. 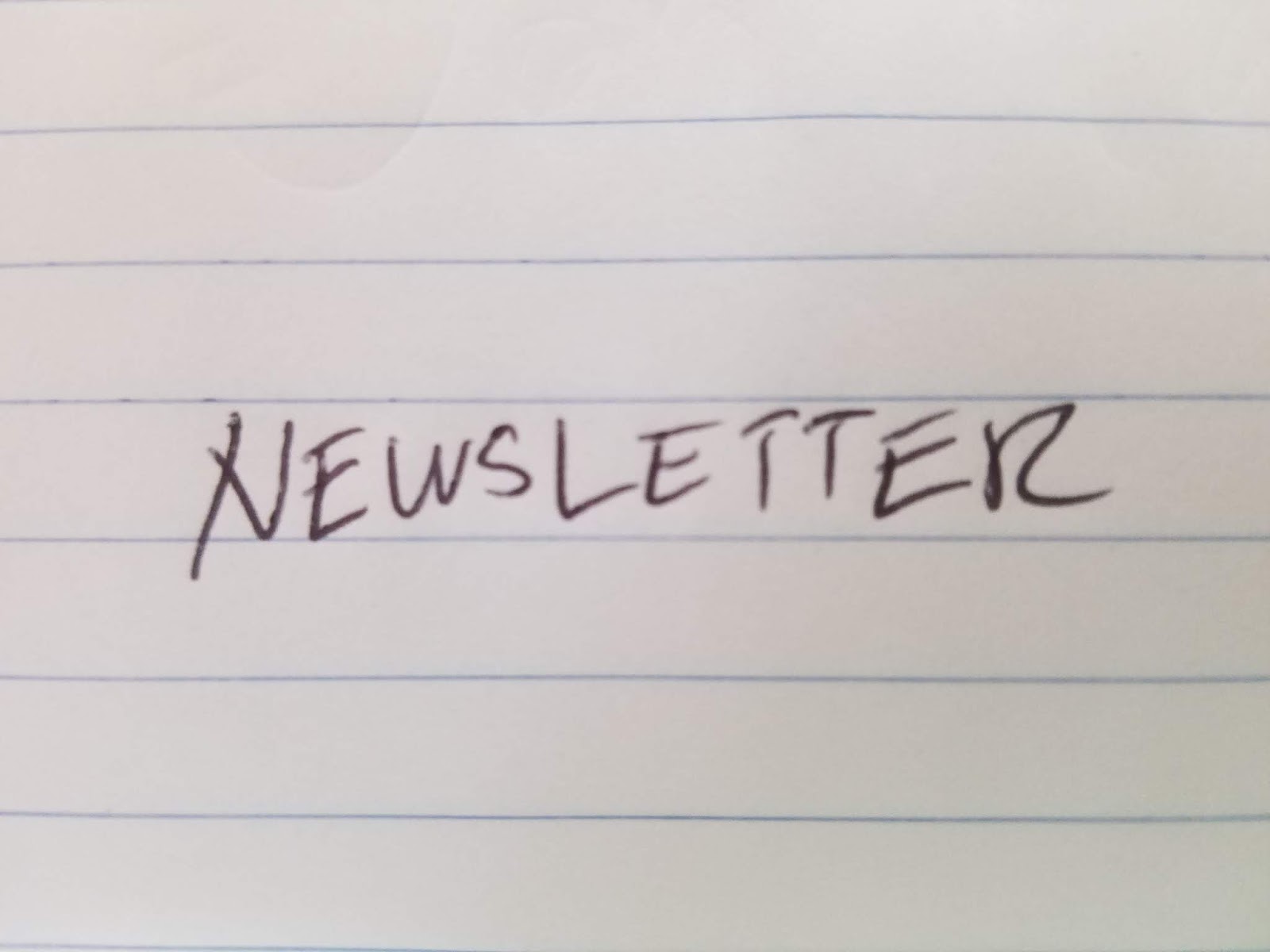 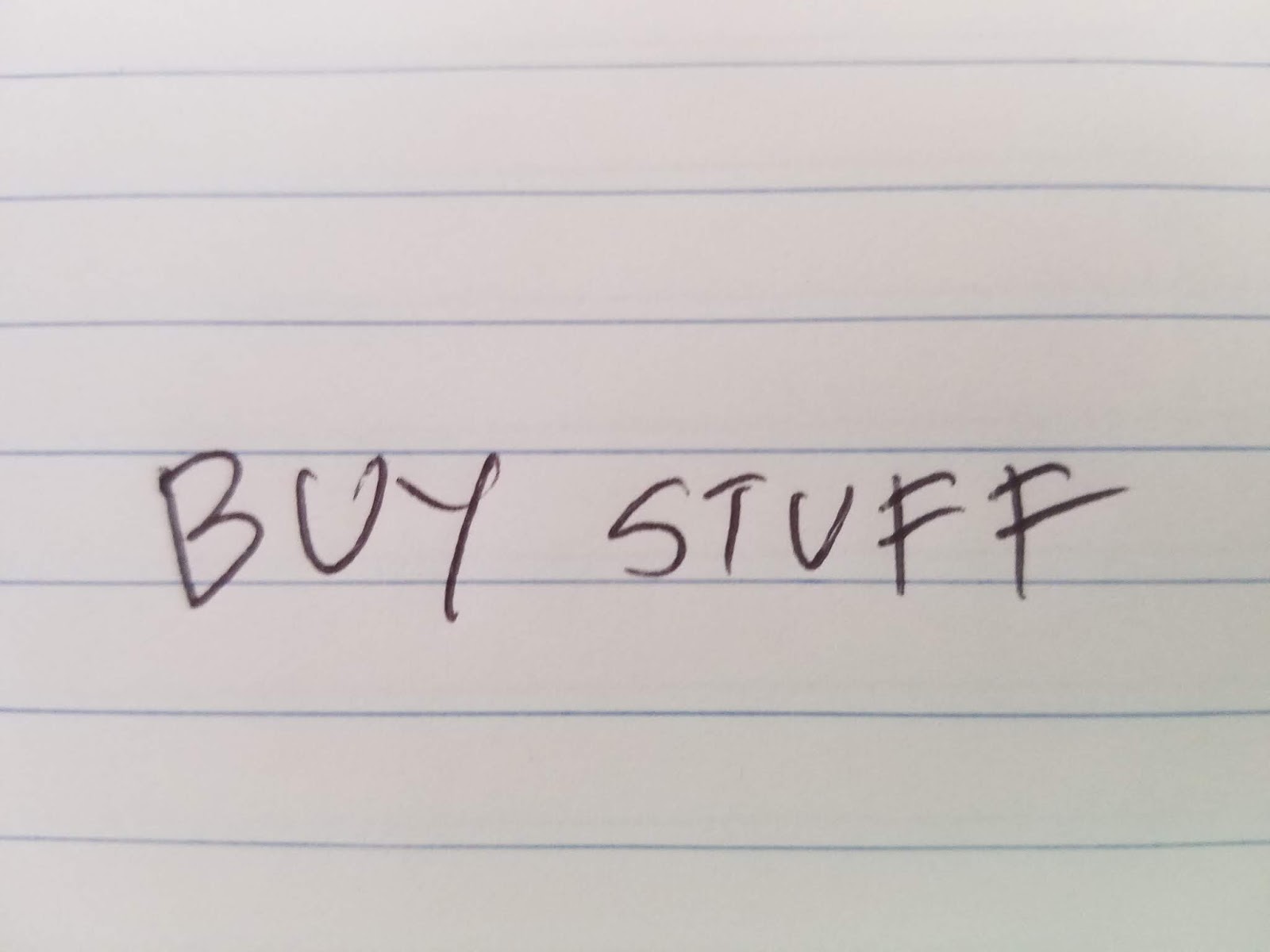 Residing in Astoria, NY, Jon Mayo is a writer whose genre range from horror to sci-fi, from fantasy to absurdity.